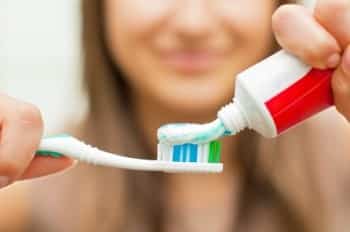 Chances are, you’ve been brushing your teeth for so long that you don’t give it much though anymore. But you should. Your toothbrushing habits and the toothpaste you use could be damaging your oral health.

When you being brushing, where do you start? Most people have an erratic, but routine, approach that they’ve been following for years. Some may start with their front teeth, others the back, brushing in throughout until the entire mouth has been brushed. Is there a proper place to start?

“There is actually an ideal place to start, and it depends on which hand is dominant,” says Dr. David Brusky. “I tell my patients to start brushing in the areas that are the most susceptible for falling prey to dental decay. For a right-handed person, that would be the lower right lingual side. For a left-handed person, it’s the lower left lingual side of the teeth.”

Why is that? These areas are harder to reach, making them most likely to develop plaque build-up that could lead to gingivitis. But, because these areas are typically harder to brush, they are generally left for last, with little time and attention spent focusing on adequate cleaning.

It is important that patients follow a systematic approach to brushing to ward off plaque and keep gingivitis at bay.

The ideal length of time to brush teeth with a manual toothbrush is three minutes, but many studies have revealed that most adults brush for a shorter amount of time.

A University of Michigan study performed in 1995 found that 98 percent of participants brushed daily, but only 85 percent of them brushed all areas of their mouth. The average brushing time was less than a minute, so even those who brushed their entire mouths may have rushed through and not spent adequate time cleaning the tooth’s surface.

While there haven’t been a lot of studies performed on the pattern people use when brushing teeth, the studies we do have show that most people spend more time on the facial side of their teeth. A 2015 German study found that its participants, even though they brushed an average of 2.6 seconds, spent twice as much time brushing the facial surfaces of their teeth as the lingual surfaces.

“That same German study showed that brushing patterns are often erratic,” says Dr. Brusky. “In the study, there were as many as 50 alterations in brushing pattern, and as many as 133 movements. Btu what we want patients to focus on is proper brushing technique to include all tooth surfaces so that we can avoid plaque build-up, tooth decay and gum disease.”

Dr. Brusky advises his patients to spend at least 30 seconds brushing each quadrant of the mouth, beginning with the lower lingual side of the teeth. From there, he suggests brushing the lower facial side, then the upper facial side, and ending with the upper lingual side of the teeth. This addresses the areas with the highest incidences for accumulation of plaque and inflammation first.

Once you learn where to brush first, and focus on brushing for the proper amount of time, can you expect to be plaque-free?

Not so fast, according to a 2012 systematic review. It found that brushing for one minute only removed 27 percent of plaque, and brushing for an additional minute only removed 41 percent of plaque. The review looked at 120 studies that performed 212 separate brushing experiments. Plaque reduction for these studies ranged from about 30 percent to 53 percent.

So if following proper brushing protocol doesn’t remove the necessary plaque, what’s the problem? It may just be your toothpaste.

It only takes a pea sized amount of toothpaste to adequately clean our teeth, but many people load the toothbrush up with gobs of paste. This can actually interfere with out brushing, because we create so many bubbles that we may need to spit frequently during our brushing, spitting out any paste that might actually clean the surface of our teeth.

Additionally, the flavoring and wetting agents in many toothpastes numb the tongue and trick us into thinking our teeth are clean before we’ve had time to adequately remove plaque.

“Brushing first without any toothpaste on your toothbrush can actually help you brush longer and remove more plaque,” says Dr. Brusky. “Studies performed in 2007 and 2009 showed that brushing without toothpaste was actually more efficient in plaque removal than brushing with toothpaste. The authors believed that rather than the toothpaste being the key factor in cleaning the tooth, it was actually the manual movement of the brush that worked to remove the plaque.”

Another study had patients with heavy plaque buildup on the tongue side of their teeth to dry brush first, before brushing with toothpaste. They were instructed to dry brush, starting with the lingual side of teeth and moving to all quadrants of the mouth until their mouth felt clean. Then, they were told to brush with toothpaste. Those who followed these instructions were found to have reduced their lingual plaque build-up by 63 percent.

“We primarily notice three things when people dry brush that helps reduce plaque,” says Dr. Brusky. “First, they tend to brush longer. We don’t know why that might be, other than there are no annoying suds and bubbles created by toothpaste so they can actually feel whether their teeth are clean or not.”

Without the bubbles, people tend to brush more evenly around every surface of their teeth. As mentioned earlier, ingredients in toothpaste can actually numb the tongue, so your tongue can be tricked into thinking the surfaces of your teeth feel clean before they actually are. Dry brushing doesn’t do that, so your tongue can feel if your teeth still feel fuzzy and unclean. Additionally, the tingling sensation that toothpaste provides makes us think our teeth are clean, well before we’ve removed a sufficient amount of plaque.

“It’s hard for us to break the toothpaste habit,” says Dr. Brusky. “We’ve been trained to believe that toothpaste is needed to properly clean the teeth. And it’s not just consumers who think that dentists and hygienists have all been trained that way, too. Many toothpastes do have ingredients that are important for dental patients to have, such as fluoride to ensure strong enamel.”

Dr. Brusky encourages patients to try a new routine, focusing on dry brushing for a minimum of two minutes, followed by using your dentist recommended toothpaste. You may just surprise yourself, and your dentist, at how clean you can get your mouth.

What You Should Know about Gingivitis

What is Xylitol, and Do You Need It for Healthier Teeth? 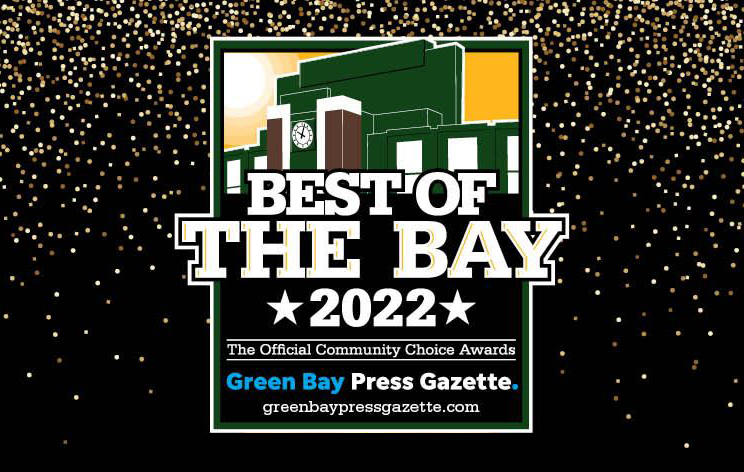 Thank you for voting us Best of the Bay!